Dr. Chong was born and raised in Los Angeles, California. He graduated in 1977 with a Bachelors of Science in Biology from USC, where he was the Valedictorian of his class. He received his medical degree at Harvard Medical School in 1981. After a medicine internship at Harbor-UCLA Medical Center in 1982, Dr. Chong did an ophthalmology residency at the Doheny Eye Institute in Los Angeles, where his chairman was Dr. Stephen Ryan. After he completed his residency in 1985, Dr. Chong went to Duke University where he trained in vitreo-retinal surgery with Drs Robert Machemer, Brooks McCuen and Eugene DeJuan finishing in 1986. He returned to Doheny/USC to be the Chief Resident in 1986. He joined the faculty at USC in 1989 and remained until 2009. During this time he rose to the rank of Professor of Ophthalmology and director of the retina service where he trained over 30 fellows in vitreous surgery of which a third remain in academic positions around the world.

During his tenure at Doheny, Dr. Chong’s research interests included the treatment of opportunistic eye infections in AIDS, the clinical application of intraocular drug delivery systems, micro-pulse diode laser systems, clinical applications of 25 gauge vitrectomy systems, and quantitative analysis of mechanisms of vitreous cutting. He has been privileged to receive research fellows from all over the world, especially Brazil where there is an annual meeting held in his honor, called ‘Chong’s Brazilian Friends’.

Dr. Chong is a member of the Club Jules Gonin, the Retina Society and the American Society of Retina Specialists. He is the editor of the Surgical Video Section of the electronic edition of Stephen Ryan’s textbook Retina. Dr. Chong is an ad hoc reviewer for the Journal of Ophthalmology, Ophthalmology, and Archives of Ophthalmology. He has authored over 65 peer reviewed publications, 11 book chapters, and 2 books.

Dr. Chong would like to acknowledge the two individuals who have made the most impact on his career, Robert Machemer, MD and Stephen J Ryan, MD.

Dr. Lawrence Chong was on the full-time faculty of the Doheny Eye Institute from 1989 to 2009

As director of the Retina Service and the retina fellowship program, he has trained more than 30 retinal fellows

He is a member of the Retina Society, the Club Jules Gonin, and the American Society of Retina Specialists

Dr. Chong is now in full-time private practice at the VMR Institute

He is affiliated with Hoag Hospital, Los Alamitos Medical Center, and the Newport Bay Surgery Center

For several years, Dr. Chong has been voted to Super Doctors 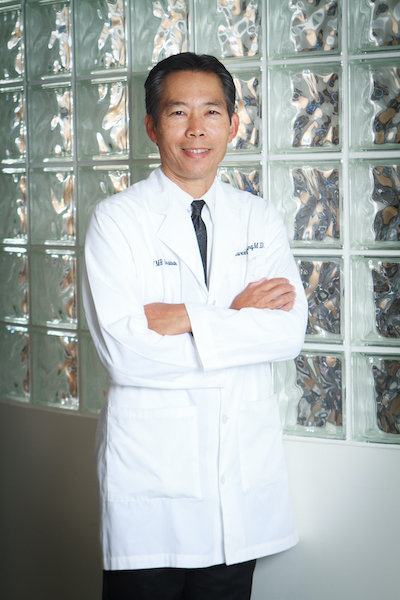 Board Certification: American Board of Ophthalmology, 1987

USC Order of the Palm

1986 Award for Excellence in Resident Training

2001 Association of Philippine Ophthalmologists in America

1990 Association for Research in Vision and Ophthalmology